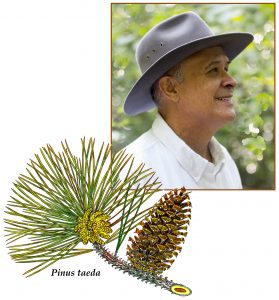 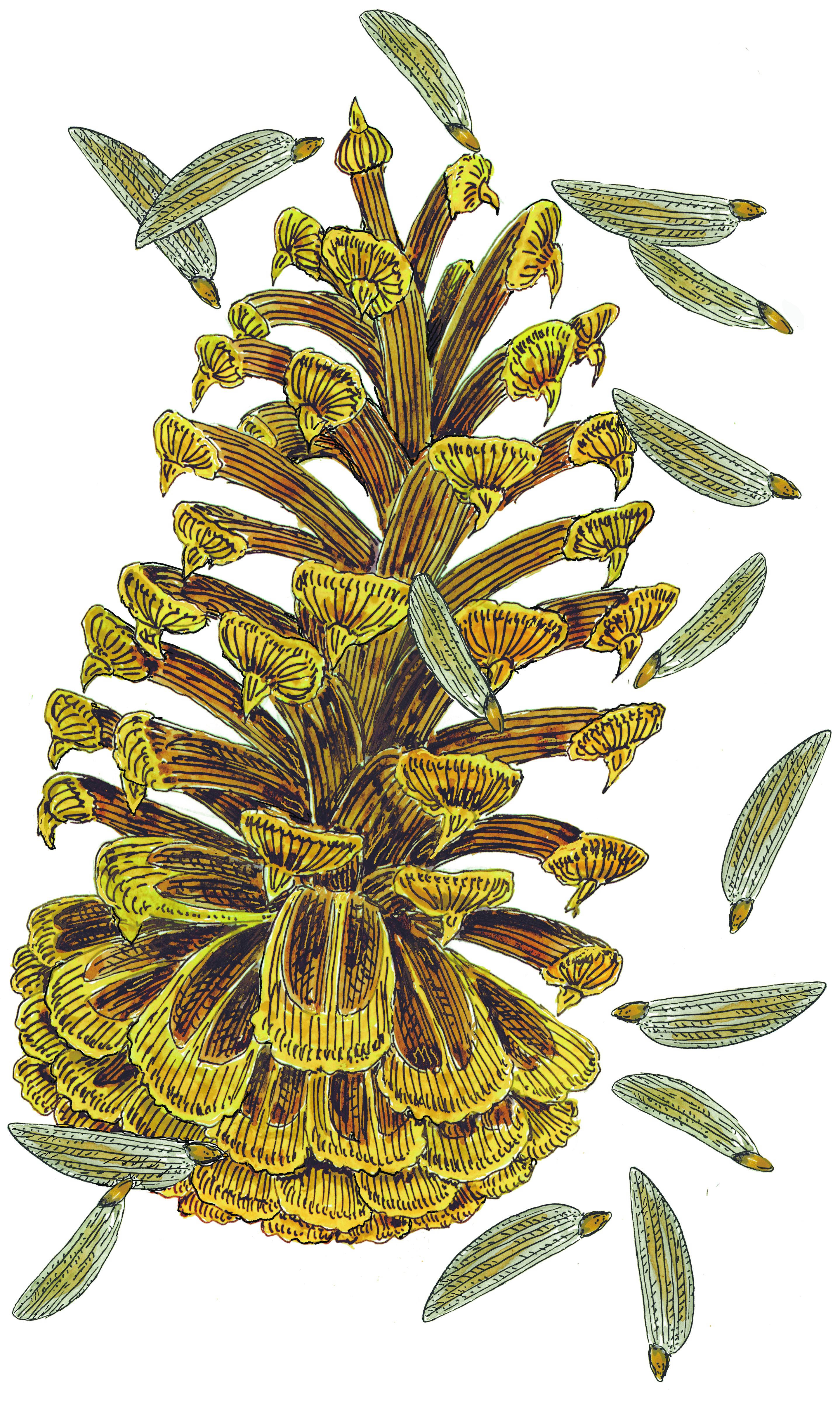 Bruce Lyndon Cunningham is not a new name in the forestry industry, he has built exquisite hand-made wooden carvings for over forty years, using the time to nurture shrewd expertise at understanding the different intricacies of forests, trees, and other instruments of nature and gathering immense wealth of experience in the wood-carving field in a bid to serve his clients nothing short of perfection. Forester-artist.com is a brainchild of Mr. Cunningham, and it is a culmination of his wood carving experiences from various parts of the world and has grown into an internationally recognized brand identity. The brand has earned numerous awards and accolades from different institutions spread across the globe and has grown over the years to become a household name in forestry and wood-carving circles. Forester-artist.com presents the perfect avenue for foresters, botanists, and nature lovers to connect with one another through the intricate work of arts designed to help them integrate seamlessly with nature.

Wood-carving is an art quite similar to midwifery, as the carver creatively guides the creation of new life. Our forests and trees are undoubtedly cradles of living in one form or the other as they are instruments of nature and a critical part of the cycle of life. The forester-artist  takes advantage of the affinity of forestry to life creation and deploys them in the carving of wood, wood frames, and full-color note cards that have been a part of various forestry conventions over the years. Every piece ever carved by the forestry-artist is nothing short of exquisite and goes through an intricate and delicate creation process which Mr. Cunningham has mastered over the years, in fact, some of our most popular products were commissioned by the United States Forest Service through the US Chief Forester, and some other reputable bodies from various parts of the world. Every piece crafted by the forester-artist is borne out of a firmly knit culture of excellence, dedication and hard work, which are qualities that have helped both the carver (Mr. Cunningham) and the brand (Forester-artist) grow over a period of over 40 years. At Forester-artist.com, we fully understand the influence of forest-inspired work or arts, which include wood carving and numerous other wood-based artworks on popular culture and their ability to connect with an audience much faster than other media. This is one primary reason why we’re never short of foresters, naturalists, botanists, agricultural experts, and the nature enthusiasts who are willing to take on the prospects of a journey through nature. Our carvings help you to understand more about nature, its numerous endearing intricacies, and how they affect human life. Like earlier said, forests are a part of the cycle of life, and carving a wooden object is like a process in the life creation process although it may not be life as we see it regularly. At forester-artist, we’re proud to create an experience through our unique hand-made wooden carvings, frames, and other deliverables that we offer. Our deliverables include a wide variety of specially carved wooden beauties that are sure to turn your head in any crowd and possesses the ability to be expressive on sight, which is one reason why our products are exhibited all over the world. At forester-artist.com, we believe that the creation process is a sacred ritual that must be undertaken with the utmost care and attention to detail to ensure that a simple mistake does not harm the overall effects that we intend to create. All or products both commissioned, non-commissioned, and personal projects are all made by Mr. Bruce Lyndon CUNNINGHAM, who also understands the impact of the absence of the forests on earth’s environmental condition. Measures are made to clamp down on the illegal use of these trees, while we ensure that for every tree cut down by the forester-artist, there’s a replacement readily available, and the forest can continue to create and support life in its unique way. Our ultimate goal is to serve you with the best woodwork carvings, and we encourage you to get in touch with us today. 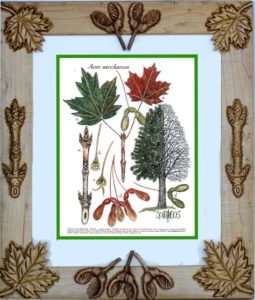 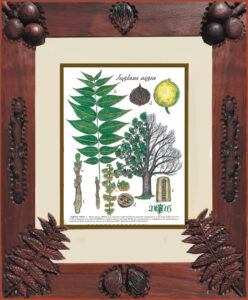 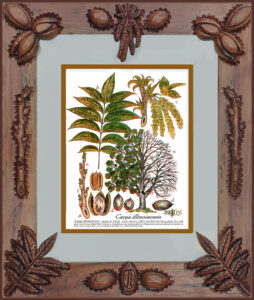 In 1990, the Society of American Foresters in Washington D. C. commissioned Bruce Lyndon Cunningham to create the painting of the historic Wye Oak Tree, Quercus alba, in Wye Mills, Maryland. The original painting and frame were to be given to President George H. W. Bush at the National Convention that year in Washington D. C. To this day, at the President’s request, the painting hangs in the Gifford Pinchot building in Bethesda, Maryland. 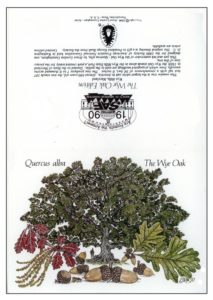 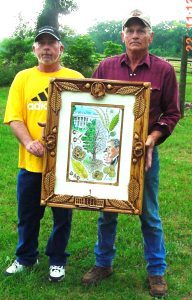 In 2005, Bruce Lyndon Cunningham was commissioned by the United States Forest Service in Washington D. C. by the Chief Forester to design a painting for the 100th year of the U. S. Forest as a gift to President George W. Bush. The painting is a pen and ink watercolor with a hand-carved, American chestnut wood frame. He received it at the White House on the 29th of April, Arbor Day. The President and Secretary of Agriculture Mike Johanns planted an American chestnut tree on the White House grounds that day.

Cunningham was impressed at an early age from his encounters with the paintings of the European Great Masters. Coming from a military family, he had the privilege of spending much of his 1950’s childhood in Europe. While his family resided in Germany, frequent travels took them to such places as Rome, Amsterdam, and Oberammergau, Germany, the wood carving village. Especially vivid memories of Cunningham include his visits to Rembrandt’s “Night Watch” painting, Michelangelo’s Sistine Chapel, and Durer’s botanical works in Nurnberg, Germany where the Forester-Artist lived for two years. Today, Cunningham’s botanical illustrations, in custom wood-carved frames, exemplify how his knowledge of trees and artistic talent create a unique and diversified career. The “Forester-Artist’s” work is easily recognizable for his style and technique. 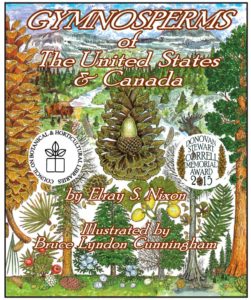 In 2010 Bruce published, illustrated and designed the book, “GYMNOSPERMS of the United States and Canada” – ISBN 978-0-934115-05-6.  Dr. Elray S. Nixon wrote the text for the book. This field manual was the first of its kind, with key features including full-color illustrations of 115 species from six families and an illustrated glossary, which makes it a self teacher.

Cunningham was impressed at an early age from his encounters with the paintings of the European Great Masters. Coming from a military family, he had the privilege of spending much of his 1950’s childhood in Europe. While his family resided in Stuttgart, Germany, frequent travels took them to such places as Rome (Italy), Amsterdam (Netherlands) , and Oberammergau (Germany), the wood carving village. Especially vivid memories of Cunningham include his visits to Rembrandt’s “Night Watch” painting, Michelangelo’s Sistine Chapel, and Albert Durer’s botanical works in Nurnberg, Germany where Bruce lived for two years. Today, Cunningham’s botanical illustrations, in custom wood-carved frames, exemplify how his knowledge of trees and artistic talent create a unique and diversified career. The “Forester-Artist’s” work is easily recognizable for his style and technique. 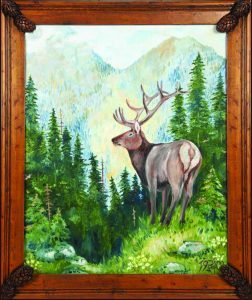